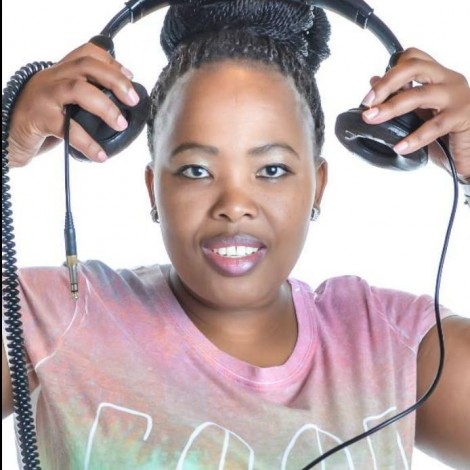 DJ Linc,born Ncediwe Ndamase, is a female house dj/producer/vocalist/song writer hailing from the rural parts of the former Transkei in Eastern Cape. After completing high school but unfortunately could not finish tertiary education, she came to Johannesburg, holding on odd jobs here & there. She later decided to enrol for a DJ101 course with Soul Candi Institute of Music and after she graduated, she was spotted and signed by a small record label in Midrand, Mlue Records where she was just a dj. Her first single “Apology” ft Smartology was remixed by mOgrigo and Aero Manyelo of Herbal 3 Records and was later compiled in his album “Herbal 3 Allstars” which was released in 2010 through Soul Candi. A follow up single, which she collaborated with the “Fugama unamathe” hit maker, Oluhle Ncube was tittled “Imihlolo” and was on high rotation on local and SABC (national)radio stations and was compiled on “Herbal 3 Allstars” too. She later grew interest into music production as many house music producers at that time, found it challenging to work with her voice as her upcoming album titled “Xie Xie (Thank you)” will feature three of her songs (production and vocal). She is currently a dj and a perfomnig artist and one of the first female dj in SA to perfom house music with a live band, having played around SA alongside the likes of Oskido, Zinhle, Miss Pru, DJ Sbu, Mbuso, Josi Chave, Just Mo, Aero Manyelo, Mash.o, Mphoza, Revolution, Lady Cream, etc and is still to bless the rest of the southern hemisphere with her African live band during a perfomance. She has worked with Aero Manyelo, mOgrigo (Mr 1000 seconds), Oluhle, Smartology, Mash.o, Thabzin Bibo to mention just a few. Check more includng video clips, free download links of tracks or mixes and gig guide on www.reverbnation.com/djlinc.