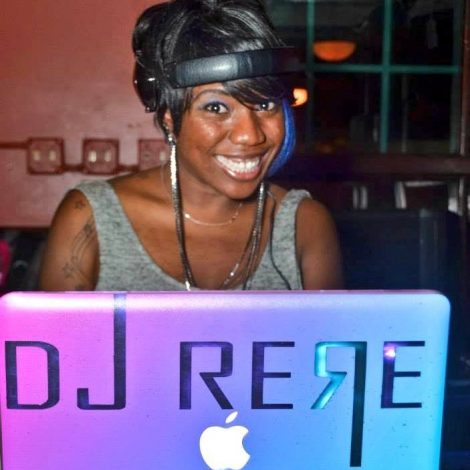 Born and raised in Omaha, Nebraska Dj ReRe, pronounced ReeeReeee (as in remix) is making her presence known throughout the U.S. ReRe has been djing since 2005, now she is living in Florida and doing live shows and parties across the U.S.

Dj ReRe recently djed at Miami’s largest adult expo called Sex on the Beach in September 2012. Carnival Cruise Lines under the DJ Irie Spiniversity out of Galveston, TX. She djed for a VERY diverse crowd of hundreds of people seven days a week. ReRe has recently shared the stage with Sons of Mystro, young violinists from Miami, at Disney’s World Yatch and Beach Club in Orlando, FL. She was recently featured on Miami’s NBC6 “6 In The Mix” alongside the Sons of Mystro in February of 2013.

Just this year, DJ ReRe has recently spun at Miami’s AND Fort Lauderdale’s hottest nightclubs that include Room Service, Dream, Club Play, The World’s Famous Clevelander, Arkadia Poolside at the Fontainebleau all located on South Beach. ReRe has spun at the popular Club Mekka for Memorial Day weekend, Vagabond and the amazing Grand Central where she opened up for Pusha T for an opening act all located in downtown Miami! She recently held a residency at Koppa Lounge in Fort Lauderdale. She also was a featured partner for the I am Femme Fabolous Women’s Empowerment Conference in conjunction with Miami’s Green Fashion Show at the Deauville Beach Resort in Miami Beach, FL.

Dj ReRe also hosts celebritiy world wide conference calls that connects the djs with the artists. Just in the month of June 2014 the calls included celebrities like Waka Flocka and Ma$e.

She is an active Dj in national Dj coalitions such as Streetstyle Djs, Lady Spinsters DJs and Fleet Djs.”