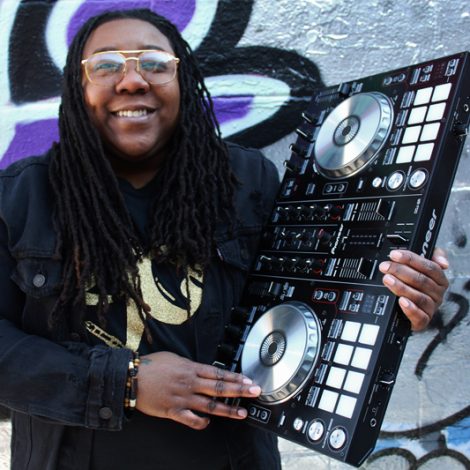 Dj Co “The Blend Queen”, has defeated most odds of the DJ game in just three short years. With a love of music since she was 5, residing in Baltimore, Maryland, she started djing on her phone in 2012. A couple of years later, she decided to take djing seriously changing the game.

Finally getting a Professional DJ Controller in 2015 & promoting herself daily with videos on social media, she got her first real dj gig doing a wedding in September, 2015. From there, the light shined bright for her. She has surely took the city by surprise! From weddings being her number one bookings to djing for restaurants, lounges, schools & clubs, with radio experience from Radio on Fire, Baltimore Flava Radio, Mixx Station Radio, & Hot 187 Murderland Radio to djing shows & for magazines. DJ Co is a member of The Fleet DJ’s which is one of the top DJ groups in the world.

She specializes in R & B, Hip Hop, Old School, Rap, Pop, & House. She’s also an official DJ for 6 different organizations throughout Baltimore City! In addition to what she does on the dj scene, she has her own clothing line called “Support Your Locals Apparel, & own promotion company recently started in 2018 called Lez Power Promotions.

She has done promo collabs with big names in Baltimore City, has been featured in two music videos & gives back to her community.
The multi-talented dj can also give you 16 bars & sing a tune!

She believes everyone has a purpose & that everyone can be great!