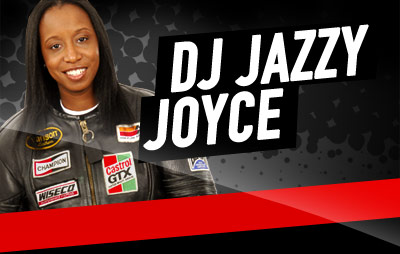 It’s no secret that the hip hop industry is male dominated. Women—artist, producers and DJs—continue to face challenges in proving they’re able to stand on their own two feet alongside their male counterparts. Bronx-bred DJ Jazzy Joyce help set a foundation for women in hip hop on the 1’s and 2’s. In the game since the early 80’s, Joyce has collected numerous numerous musical accolades. She’s deejayed for the HBO special, Russell Simmons Presents “Bad Girls of Def Comedy Jam,”  Vh1’s Hip Hop Honors, hosted MTV’s “Sister for Hip-Hop and Soul Tour” with India Arie and other artists, and won a New Music Seminar DJ competition. She also held down a nightly shift for New York’s Hot 97 with Angie Martinez and Cocoa Chanelle. DJ Jazzy Joyce (born Joyce Spencer) is an American hip hop DJ and is best known for her collaboration with rapper Sweet Tee on the 1986 single “It’s My Beat” In 1994, she was featured on “9th Wonder (Blakitolism)”, the first single from “Blowout Comb”, the second album from Grammy winning rap group Digable Planets. Not only were her DJ cuts prominent on the hook and the outro, but Joyce also exchanged several ad libbed lines at the end of the song’s third verse with group member Ladybug Mecca and she was acknowledged by name throughout the track, although never mentioned by name only referred to as Sweet Lime Pie, a name she used as an online persona.

She was a contestant on the first season of DJ reality show, “Master of the Mix“, which aired on two cable networks: BET and Centric.