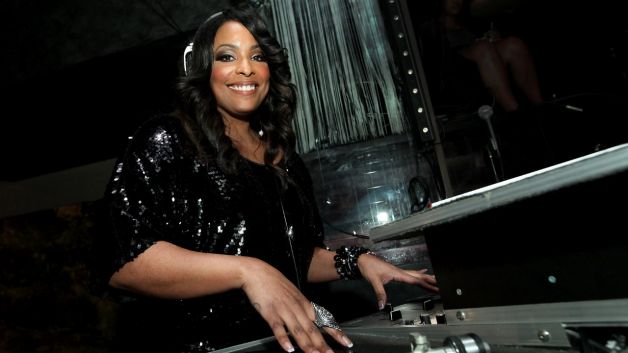 Dee Dee Roper, internationally known as DJ Spinderella, is a Grammy award winning DJ, producer, rapper, writer and world class mother. Spinderella is one of the original pioneers of hip hop music beginning her career as a member of the iconic rap group Salt-N-Pepa, selling over 15 million albums and singles worldwide.

Over two decades after her groundbreaking entrance into hip hop, the Brooklyn native still sets the standard for “turntablisit” all over the world and is still a force to be reckoned with in the music industry. It has never been simply about cuts, beats, and rhymes says the Grammy, MTV, and BET Award Winner. “I’ve been blessed to be in the game for so many years, when many others have come and gone,” says Spinderella. “This industry is all about fun and entertainment, but humility and professionalism will take you far. I’ve also had great mentors such as DJ Jazzy Jeff, DJ Scratch, and the late Jam Master Jay.” Spinderella still performs with her sisters Salt-N- Pepa, and recently rocked an electric performance on Oprah in April of 2011, which showcased “Women Who Rock”. With the flick of her wrist, Spin has juggled single motherhood while conquering grand scale events and holding down her international reputation as the “Universe’s #1 female DJ”.